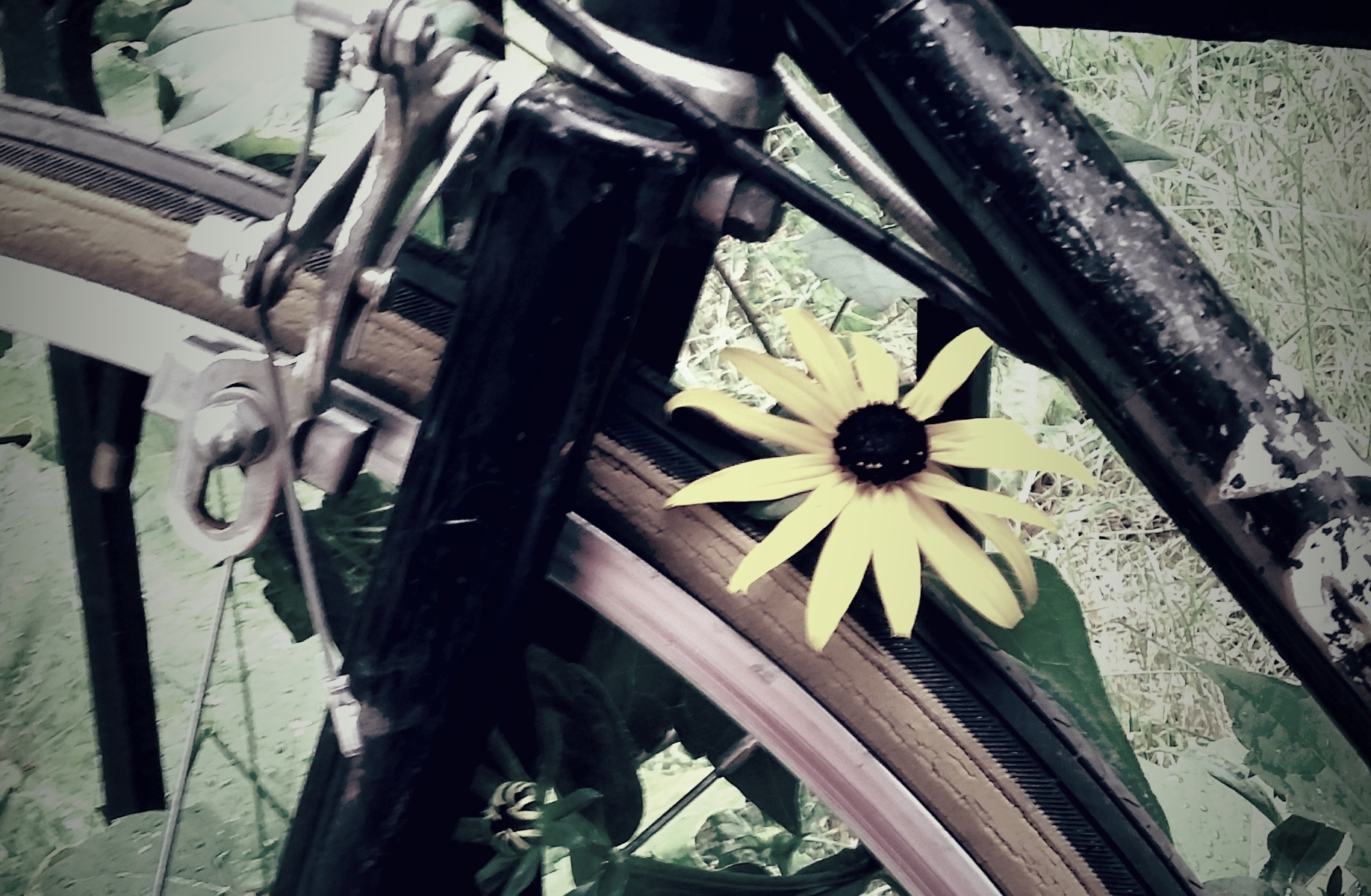 The wind swept rain stung my face as I peddled into the downpour, my glasses obscured by the lashing water and my clothes weighed down by the bitter March rain.

I craved to look at my watch for the encouragement it would provide that I would make it on time, but I recognized the slightest distraction from pressing those pedals around and around would simply take away precious moments I could not afford to invest.

I made it over the hill and my burning thighs thanked whom ever invented gravity as my speed more than doubled with less than half the effort needed to ascend the hill.

The elation built up in my chest as I could see the sign ahead, glowing, blinking, and teasing me. It called to me like a siren on the waves. Just a few more yards and all my effort would be worth it.

Squinting, I could almost make out the unlit clock that stood in the town square. Two minutes to eight. I would make it in time.

I peddled faster; the rain drops hitting into my face feeling more like pebbles than water. I could barely see in front of me, the shower erasing all the corrective intentions of my eyeglasses with its blotchy film. Just another few feet.

I pushed as hard as I could, still barely making out the lit LED sign, blinking in red and blue, Open-Open-Open.

I stood on the peddles as I coasted towards the door and hopped off of the moving bike to run alongside as I slowed myself and the bike in front of the large display window, now mostly empty of its wares. My heart sank briefly. Was I too late? Even though the flower shop was still open, did they sell out of all their flowers?

It was the only flower shop in town and tonight was my first anniversary of my first date with Betty. I would get her flowers, a gift that said I cared but did not commit me otherwise to our relationship. Flowers were neutral, but romantic. They said I cared but didn’t say I loved.

My thoughts flew out of my head as fast as I was flying after I hit something with my bike, the forward momentum throwing me headfirst into the green recycling can on the sidewalk. The can slammed to the ground in unison with my back and spewed its entire contents across the ground with the cacophony of an ensemble of chimpanzees.

I opened my eyes to find a huddle of people around me; the rain ceased and two EMTs attending to me. Where did they arrive from? Had I passed out?

I glanced behind the shoulder of the EMT asking me my name, birthday, and what year it was. I saw the town clock showing that it was now eight fifteen.

The EMT repeated his challenges to my senses, and without acknowledging, I angled my head towards the darkened flower shop, its Open sign now off and my bike propped up against the bike rack next to the shop.

It was too late now to get flowers and all the other stores on the town square were now closed. The only place opened was the diner where Betty would wait for me to celebrate our one year first date anniversary.

The EMT repeated his questions, but all I could think about was Betty waiting. Then the EMT asked if there was anybody he could call. The only person I could see was Betty. I needed to go to her, to hold her in this frigid, soggy night.

I wound my head to the other side and caught my bike and at its wheel, one yellow flower from a weed on the sidewalk poking its beauty through the spokes. That was all I needed. That single flower. A bouquet said little and didn’t commit me to anything with Betty. But a broken man, standing in a restaurant, dripping wet, bleeding from his head holding a single flower from a weed? Well, that said I was in love.

15 Replies to “Anatomy Of A Gesture”